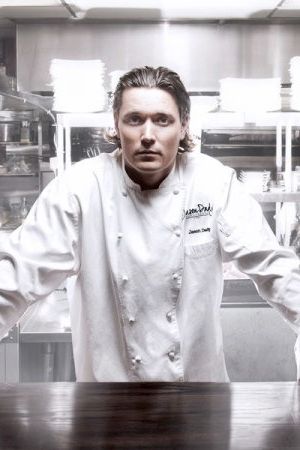 Jason Dady studied at Texas Tech University, earning his BA in Restaurant, Hotel, and Institutional Management. With front-of-house and administrative skills firmly established, Dady went on to attend the California Culinary Academy. While there, Dady worked at Stars Bar and Dining. After graduating, Dady’s travels took him to Napa and the Beringer Wine Estate, where he honed his skills in New American. In 2001, back on his native Texas soil, Dady planted his first San Antonio roots with The Lodge Restaurant of Castle Hills, featuring one of the city’s first tasting menus. He followed that up with small plates cuisine at BIN 555 Restaurant & Wine Bar in 2006, and two locations of Tre Trattoria, an Italian restaurant. The inception of the “DUK Truck” followed—a bright yellow gourmet pop-up truck (or “Dady’s Underground Kitchen”) that brings market-driven street food to local festivals and the like. Two Bros. BBQ Market is Dady’s most recent contribution to the San Antonio dining landscape.