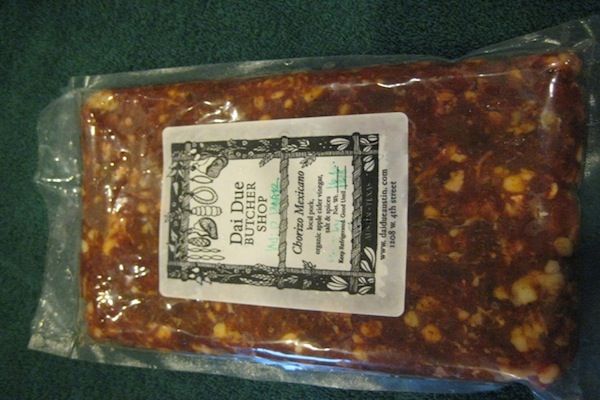 Inspired by hearing Michael Pollan speak live as part of Edible Austin’s Eat Local Week, the Keeper Team got more excited than usual about the Saturday Farmer’s Market. An issue that Pollan clearly discussed was the valid concern that people have about the cost of locally grown food versus that from large agribusiness. At first glance, one may be shocked at paying $10 for one pound of freshly made Chorizo Sausage by one of our local artisans, Dai Due.

What could we make with this to stretch this initial outlay and make an entrée for an entire family? After some creative brainstorming, we landed on the idea for Chorizo-Quinoa Stuffed Bell Peppers, resulting in a well-rounded healthy dish that can easily serve 10 people. The vegetables, quinoa and chicken broth that we added were nominal in cost, with a total for the entire 10-serving entrée hitting our pockets up for about $17.50 or $1.75 per person (with a couple of Bell Peppers left over). Not only was it easy on cost, the recipe execution took about 30-40 minutes to create and serve, including prep time – fast, easy, affordable, healthy, and supporting our local farmers – that’s a winning combination. As Pollan says, food should be about quality of what we eat, not the quantity of what we eat. We were well-fed and look forward to creating more dishes like this from fresh ingredients which our local farmers provide.

As we ate our Chorizo-Quinoa Stuffed Bell Peppers, we thought that perhaps an added level of flavor could have been imparted by roasting the bell peppers instead just boiling and blanching them. We will be trying that soon, but if any of our readers have any other ideas about additional ways to make this dish, let us know. Enjoy!

2. Wash the peppers, cut off the tops and remove the seeds. Place them in the boiling water for 2 minutes to blanch. 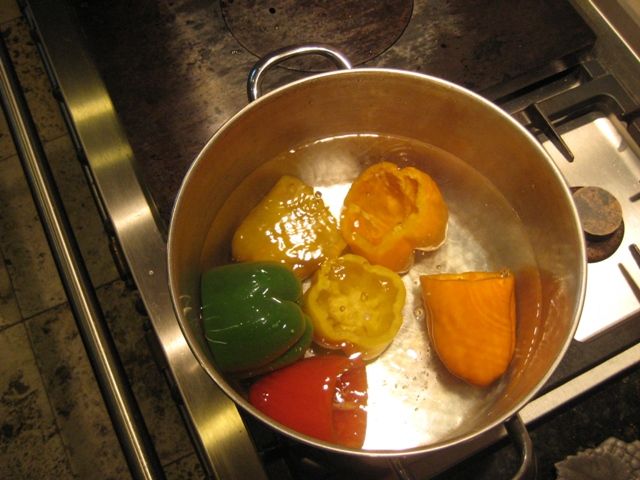 3. Remove the peppers and transfer them to a water bath to cool. Let them drain and set aside. 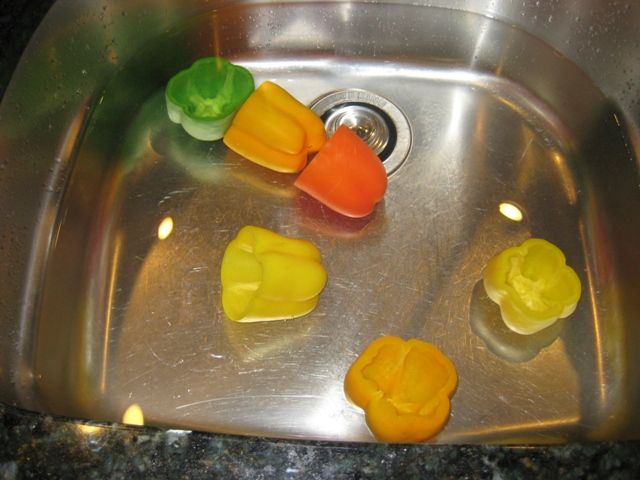 4. Sauté the chorizo in a large skillet until cooked through. Drain the chorizo, reserving some oil in the pan, and set the chorizo aside. 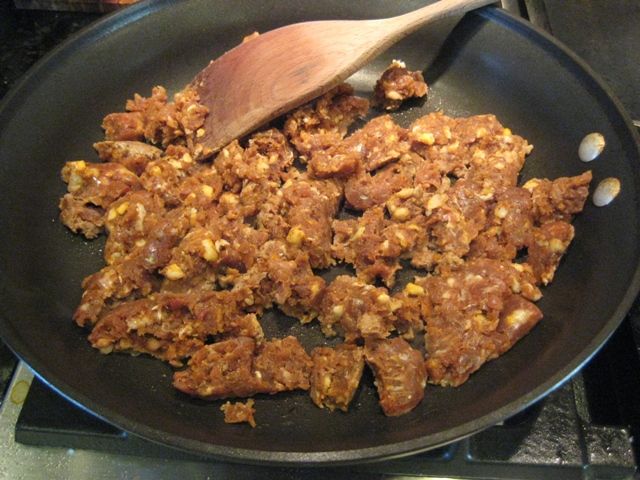 5. Sauté the chopped onion, celery, and peppers in reserved chorizo oil and some grapeseed oil until soft. Add the garlic and cook for one minute. Remove from heat and set aside.

6. Place chicken stock and quinoa in the skillet over medium-high heat. Bring to boil and cook until the liquid is absorbed, approximately 10 minutes. 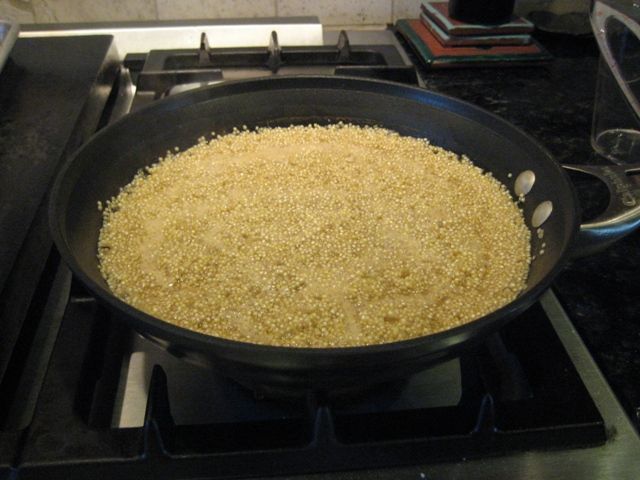 7. Combine the chorizo, vegetables, and quinoa and mix. Add parsley and then season with salt and pepper to taste. 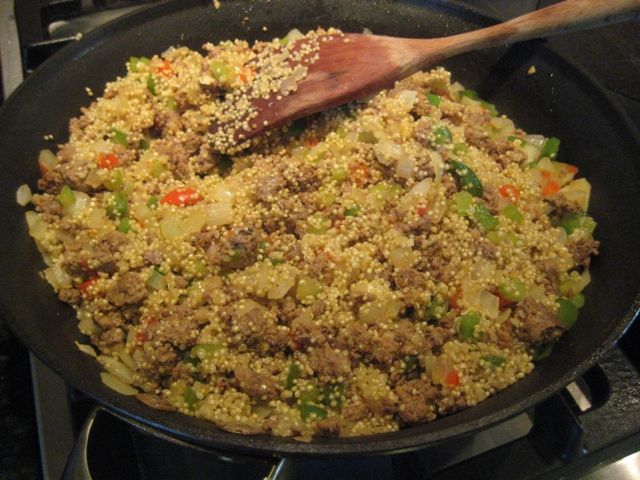 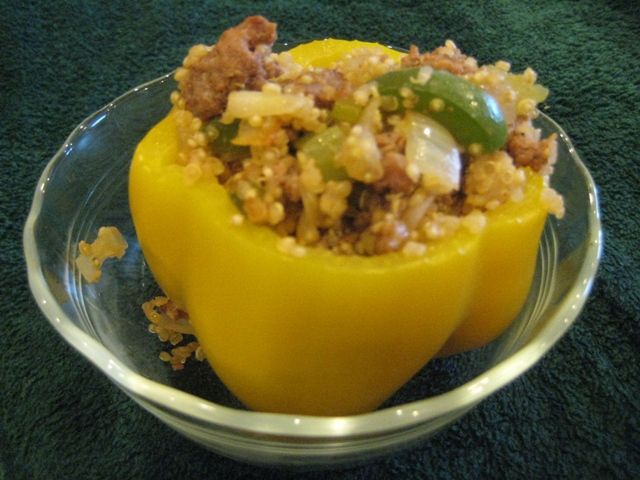