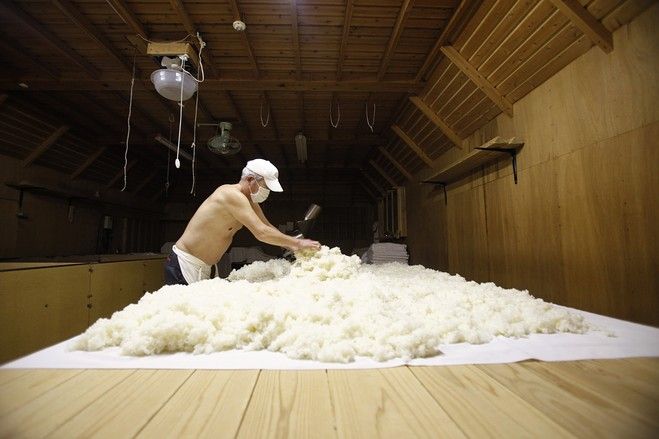 Sake may have once been considered a beverage purely belonging to Japanese culture, but this traditional drink has gained ground in Western culture in recent years with the openings of numerous Sake bars and craft breweries.

In the spirit of full disclosure, I’ll start this post by saying I knew next to nothing about Sake before I started this #KoolKeeperSummer session. After talking to former #SommChat guests Sake Sommelier Natsuki Kikuya (read her archive here), founder of Museum of Sake, and Master of Wine and Sake expert Antony Moss, Strategic Planning Director of Wine & Spirit Education Trust, I realized that I was actually completely misinformed about the drink that I had only ever experienced a handful of times at low-end sushi restos. When the art of Sake making, serving, and pairing was explained to me, I was thoroughly blown away! How had I stayed in the dark for so long? If you still haven’t tried quality sake, go out today and try it. You won’t be sorry!

Read on to educate yourself on the history and production of Sake with experts Natsuki Kikuya and Antony Moss!

What is Sake, and what are the key ingredients that go into Sake production?

NATSUKI KIKUYA: The word "Sake" in Japan simply means 'alcoholic beverage', In Japanese, we commonly specify the drink as "Nihonshu", the recently registered to the GI (Geographically Identified) term for sake made in Japan using only Japanese ingredients, or more formal term "Seishu".

Sake is made with four ingredients; rice, water, koji, and yeast. There are two types of rice for Sake making, table rice and “Shuzo-koteki-mai”, aka “Sake specific rice”. Table rice is everyday rice that we eat as a meal. It contains more fat and protein, and does not have “Shinpaku”, appearance of starch in the centre. Shuzo-koteki-mai is designed to meet the needs of making good quality Sake, and it has special features to be qualified such as large grains, less cracking rate, high water absorbency, and content of large Shinpaku.

What is the history of Sake in Japan, and how is it still relevant in Japanese culture today?

NATSUKI KIKUYA: If you trace the food culture and history of Japan, there is an unavoidable relations between our land, abundant source of water and rice production.

Ever since the Japanese descendants had brought wet rice cultivation culture from China over 5,000 years ago, rice has always been the center of our diet and has been playing the essential role for the Japanese food culture.

As a byproduct of rice, the purely fermented alcohol drink from rice and water "Sake" became a national alcoholic beverage of Japan since over 2,500 years ago.

Because it was first produced within the shrines of Japan's oldest religion Shinto, Sake still is a key element of many Shinto rituals and Japanese festivals. Sake is linked to Japanese culture in many ways and expresses the beauty of Japanese nature, traditions, culture and whole spirit.

It is often pronounced "SAH-ki" by English speakers, yet in Japanese it is more like "SAH-KEH".

What are the different classifications of Sake?

NATSUKI KIKUYA: At the beginning stage, harvested rice is polished (milled) down to a certain size by removing outer layers. This process is essential to decide the category of Sake and its style. As each grain of Sake rice contains "Shinpaku / heart" of rice in the middle which is high starch concentration, the outer layers of impurities such as proteins, vitamins, fats and lipids would be removed by rice polishing, in order to make the sake purer and cleaner styles.

Here are some categories of Sake:

- JUNMAI DAIGINJO: Sake made with rice milled down to at least 50% of its own original size. This type tends to be extremely elegant, pure and smooth, light to medium body, less umami and significantly aromatic. The flavours tend to have fruity characteristics such as fresh melons and green apples, pears, tropical fruits, and ripe banana. Anise seeds and floral fragrance is also typical "ginjo-aromas". Try this category if you like: Sauvignon Blanc or Viognier.

- GINJO: Sake made with rice milled down to 51% to 60% of its own original size, and a small amount of brewer’s distilled alcohol added at the final process. Brewer's distilled alcohol will extract the aromas of sake and make the final products more aromatic and spicier. This type also tends to be a lighter, fresher, and purer style and is usually enjoyable chilled. Try this category if you like: Chenin Blanc or Dry Riesling.

- JUNMAI: Junmai is translated to “pure rice” and made by only rice which is milled down to over 61% and no maximum limit of polishing ratio. This type of sake often has a rounder, fuller bodies and more complex styles, with more cereal or steamed rice driven notes and richer umami and acidity. It can be enjoyed warm/hot. Try this category if you like: Chardonnay or Pinot Noir

- HONJOZO: This Sake has a small amount of brewer’s distilled alcohol added at the final process. The rice polishing ratio has to be 61% to 70% at most. The addition of the alcohol makes the sake lighter umami and acidity, cleaner, crisper and drier styles, easy to accommodate the paring with different fish variety of sashimi & sushi. It can be enjoyed warm/hot.

- FUTSU-SHU: Translates as “regular Sake”, which fits in outside of premium Sake category, takes up 70% of market products. No minimum rice polishing requirement and higher addition of other ingredients such as brewer’s alcohol and amino acid.

Is Sake meant to be consumed hot or cold?

NATSUKI KIKUYA: Sake can be drunk at a wide range of temperature from freezing 32F (0C) to over 131F (55C). Those temperatures are expressed by 10 poetic Japanese phrases based on the theoretical meanings.

Even a small difference in temperature can add different colours and impressions of the Sake flavours.

One of the beautiful things about Sake is it is a very exquisite form of art; its production is deeply dependent on Japan's seasons, climate, nature and regions. You will learn how much people have been in love with Sake through history when you understand that there are so many expressions and terms around Sake.

How would you describe Western Sake markets?

NATSUKI KIKUYA: Though every year Sake export sales/volume shipped abroad are beating the records, the whole export figure is still less than 5% of Sake produced in Japan. Of the Sake exported, most is sold in Japanese restaurants with a small percentage in retail stores or online sales. Though continuous growth of Japanese restaurants has helped to increase the western sake market, non-Japanese restaurants and cocktail bars are the growing market at moment, promoting the pairing of Sake with their Western/Asian flavours.

How is Sake traditionally served in Japan? Is it served differently in Western countries?

ANTONY MOSS: It is traditionally served in small Sake cups, called o-choko or guinomi. These are usually made of pottery, but sometimes they are glass, and for very formal occasions larger lacquered dish-shaped bowls are sometimes used. The small size means hosts or friends must be attentive to people drinking in their company, and refill frequently.

Is Sake only made in Japan?

ANTONY MOSS: Sake is made in many countries now. There is a long history of production of rice-based fermented drinks in East Asia, of course. The filtered-clear Japanese style of beverage has been made by Japanese people in Hawaii and California since the 19th century, and Canada and Brazil since the early 20th century. Production was also introduced in Taiwan and Korea in the first half of the 20th Century. It continues in all these countries, as well as mainland China, but modern production in the USA really dates from the 1970-80s, when there was a wave of investment by big Japanese Sake brand owners seeking to supply the US market with a product that had not had to travel far. In the 1990s, SakeOne was set up in Oregon and Sun Masamune in Australia. These have inspired others to follow, and recent years have seen a growing number of small and medium sized Sake breweries in north America and an ever-growing number of European countries. The most famous of these is Nogne O in Norway.

ANTONY MOSS: Most Sake is not meant to be cellared. It is released ready-to-drink. Even when well-stored (refrigerated, stable conditions), ginjo and unpasteurised sakes have a shelf life of months, rather than years, and although some are more stable, it is very rare for these to improve with time. The aromas fade. Some brewers age Sake before release (a style called koshu), leading to sakes that generally are medium to deep golden or amber in colour, typically with aromas of caramel, toffee and sometimes pickled vegetables. Some are spectacularly complex, like old Sherries. I have experimented with keeping Sakes for 3-4 years after release, and although I have had the occasional pleasant surprise, it is not something I would recommend except as an experiment with a high risk of failure.

What are some of the best food pairings with Sake?

ANTONY MOSS: Sake does not have high acidity or tannins that can cause the problems that wine faces when consumed at the same time as food. I prefer to recommend beverages based on the consumers preferences, and believe that food and beverage preferences are so personal that there is no such thing as a ‘good pairing’ (or ‘best pairing’). But I can tell you what I enjoy! Savoury risotto, paella and spicy gumbo-like dishes are, to me, especially delicious when paired with junmai, non-ginjo sakes with higher acidity, umami and rice/grain flavours. My favourite examples of this kind of sake include the Tamegawa ‘cuvee sauvage’ Yamahai Junmai muroka nama genshu (Kinoshita Brewery in Kyoto), the Shichida ‘Junmai 75’ (Tenzan brewery in Saga), and the Nogne O Junmai.

Thanks to our expert guest Sake Sommelier Natsuki Kikuya and Master of Wine Antony Moss! 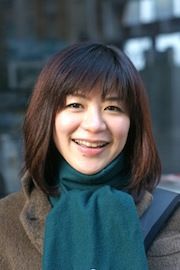 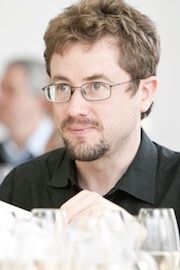