Let’s be honest- wine can be pretty expensive. Every time I go to the store I’m tempted to buy something new- a Pinot Grigio here, a Malbec there- to continue cultivating my palate and trying out my own pairings (so, you know, strictly for learning purposes). Unfortunately for me, I’m a college student with little money who also enjoys a nice dry Cabernet Sauvingon and some nice sparkling wine every now and then. What’s a girl to do? On a typical basis (when I don’t feel like treating myself and splurging) I try to navigate wine selections on menus and in stores frugally. I’ve come to recognize a few inexpensive brands that I trust, but I still struggle to consistently pick reasonably priced wines that I really enjoy or want to revisit.

Our expert guests are here to help! Jill Zimorski, Jeff Porter, and Kimberly Prokoshyn have got us all covered. These industry experts have helped me understand why some wines are more expensive than others and given us some great recommendations that I know I can’t wait to try.

Let us know your favorite inexpensive wines and if you’ve tried any of the selections that our expert guests have picked below!

What are some reasons that make some wines more expensive than others?

JILL ZIMORSKI: Grape: Some grapes are notoriously difficult to grow and don’t grow well in many different climates; add to that, with some of these grapes, growing more (higher yields (more grapes/vine) does NOT make for higher quality. In particular, Pinot Noir.

-Oak aging: Oak (new) barrels are very expensive (often around $1600 new). So to mature a wine in them is an investment on the winemaker’s part…and that can translate into higher prices (conversely, there are shortcut ways to add oak “Flavor” to a wine…so if you see something that’s under $10/bottle with overt new oak flavor, there maybe be use of staves, chips or oak extract.

-Aging: in some places in the world (ahem, Europe), by law to make wine in a certain region and label it accordingly, whether Champagne or Rioja, you have to adhere to minimum aging requirements. When wine is sitting in a cellar maturing, it’s not being sold…it’s another quality investment on the part of the winemaker…that can explain some higher prices.

-Provenance/Scarcity: There are some pretty famous places out there for wine production, some more well known than others, and they are certainly varied in size and production. Wine from a well known quality region maybe more expensive than from a less-well known region if producers wish to capitalize on that familiarity; also, some regions, whether a village or just a vineyard plot, can only produce so much wine each year and the laws of supply and demand can push prices up.

JEFF PORTER: There are a few factors – but the most common one is scarcity. Wine follows the classic supply & demand model. It can be driven by the actual small quantities produced or by a producer holding back their wine to limit availability and drive up demand.

The other is a bit more devious and that is by marketing dollars. The more a company spends to get their brand out – be it in print, TV or what not, the cost will be pushed to the consumer.

KIMBERLY PROKOSHYN: Like many other products, much of the pricing has to do with demand. If a wine is in high demand, the sellers can drive up the price. This is especially true for wines that have branded themselves very well, and/or have a long history of high quality (think Bordeaux and Champagne). The price will be even higher if in addition to high demand, the wine is hard to get.

The rarity of a wine will drive up the price. Often wines that have a smaller production are more expensive because the overhead is high and there is less of the goods to be sold. When wines are made in an artisanal way there is more labor involved, yields tend to be smaller, and the winemaking more patient. In order to cover costs, the wine is priced high, but the quality is worth it.

In some cases, like Burgundy, you have both of these points highlighted: the demand is high but the quantity is tiny. Burgundy, especially the higher valued vineyards, is made in minuscule quantities. It has made such a name for itself, because of its captivating aromas and textures, that people go crazy for it and will pay a hefty price for the most prized bottlings.

Another key and more specific factor is age-worthiness and vintage. Not all wines are made to age, but some wines have proven to age beautifully. This is another reason why regions of the world like Burgundy, Bordeaux and Barolo sell for higher price tags. Some vintages have better qualities for aging than others, although this is often to a person’s taste. Some years produce a wine of a deeper, denser quality and other years a lighter and more ethereal quality. Often the darker and denser wine can drive prices higher, but that means you can also hunt a steal on “off” vintages.

What are some white wines that you would recommend under $50 retail in your area? Under $25? (These are approximate retail prices in the markets where these experts are from.)

JEFF PORTER: White wines under $50….I could go on for days…but here are some of my favorites.

White Burgundy can get very expensive, but you can also find some moderately priced items that are a good value. I love white burgundy for its richness and exuberance, and yet it has an electricity to it that makes me want to keep going back to the glass. Benjamin Leroux's Auxey-Duresses has richness and weight but a tense mineral spine.

I also love chenin blanc, and while you can find for under $25, I definitely recommend the wines from Francois Chidaine that are often near $30. He is a biodynamic producer working in Montlouis-sur-Loire, making distinct chenin blanc. The “Clos du Breuil” bottling is from clay and silex soils over chalk, the wine is mutli-layered and complex. You taste everything from sticky Anjou pears and honeycomb to a salty freshness.

Riesling is often a good value, I think mostly because it is misunderstood. It comes in many different styles, sometimes sweet but also can be dry or semi-dry. German rieslings that say “Trocken” will be very dry. I especially like rieslings for the brightness and freshness, peachy and floral aromatics. Check out Donnhoff, Estate Trocken Riesling, Nahe. It is a family run estate that year in and out makes some of the most pristine, elegant and clear rieslings.

Muscadet! (not to be confused with Muscat). Muscadet is an area within the Loire Valley that makes dry, light, mineral whites made from the grape melon de bourgogne. It’s a refreshing wine that works swimmingly with seafood. Pépière is a great producer who makes awesome Muscadet. His basic village Muscadet is under $20 and his “Cru” wines are vineyard specific with a little more weight, structure and finish right near the $25-$30 mark.

What are some red wines that you would recommend under $50 retail in your area? Under $25?

Graillot, Crozes-Hermitage 2014 is one of my all-time favorite reds. It’s 100% syrah from the Northern Rhone, France. Medium weight with a tannic grip, this wine stands well to heartier dishes (stew, steak). I love the peppercorn and violet nose on this wine, its distinct gaminess and the mouth coating texture that doesn’t feel cloying.

Simon Bize, Savigny-les-Beaune “Bourgeots”, 2013 is one of the most underrated producers in Burgundy. Patrick sadly passed away during this vintage, making it an especially special wine. The wines have an honesty and purity to them. This wine is 100% pinot noir. The wine tastes of wild strawberries and red cherries, with a little allspice. The structure is lovely, feeling effortlessly refined.

Massimo Clerico, Lessona 2007 is 100% nebbiolo from North Western Italy. Lessona produces softer, lighter and fruitier nebbiolo than it’s southernly Langhe neighbors. Clerico is a traditional producer, making wines slowly and methodically. This nebbiolo can be drank now (unlike some others you may find available) and costs less than many Barolos. The wine is musky and rustic, with a refined edge. Think truffles, with moments of dried rose petals.

Division, Gamay, “Les Petits Fer” Willamette Valley 2015 from Oregon is a light and fresh red with tart berry fruits and pink peppercorns. Division is a winery in Portland founded by Kate Norris and Thomas Moore. They source their fruit from sustainably-farmed vineyards around Oregon (and parts of Washingston). This gamay is so reminiscent of a gamay from Beaujolais or Loire but has a just a hint more “umph” to it, its way to easy to drink.

Gramenon, Cotes du Rhone, “Poignee de Raisins” 2014 is a 100% grenache wine from the Southern Rhone. When you’re in the mood for a pleasant juicy red this hits the spot. The juicy, yet tart, red fruit is accented by rosemary and thyme and finishes with a mineral kick. Michèle Aubèry-Laurent took over for the estate in 1999, when her husband died suddenly in a motorcycle accident. She has brought the estate to high acclaim over the last couple decades, focusing on a natural approach in the vineyards and hands-off approach in the cellars.

Bernard Baudry, Chinon, “Les Granges” 2014 is 100% cabernet franc from the Loire Valley. Bernard began the estate in 1975 with just 2 hectares, and focused on making precise, terroir expressive, wines from Chinon. Bernard expanded the estate to 25 hectares and has passed the reigns down to his son Matthieu, who is the head vignernon since 2000. This is their entry level red, grown on sand and limestone, close to the Loire River. It’s earthy and foresty with soft tannins, pleasant wild raspberry fruit and a little bit of oregano.

What are some sparkling wines that you would recommend under $50 retail in your area? Under $25?

Chartogne-Taillet, “Brut-Sainte Anne," Champagne NV is a blend of pinot noir, chardonnay from Merfy, Champagne. Alexandre Chartogne is based in Merfy where he runs his family’s estate. He worked with some of the greatest of Champagne like Jacques Selosse. Chartogne focuses mostly on single vineyard bottlings, but this is his blended wine. It’s a tight and coiled wine, and wakes up the palate nicely, with floral and nutty aromas.

Veuve Fourny & Fils, “Brut” Champagne NV is 100% Chardonnay from the more southern area of Champagne, Vertus. Vertus is known for growing more tropical noted Chardonnay, but also with a chalky core. Fourny was established in 1856 and has been in the family since. The two brothers, Charles-Henry and Emmanual Fourny, run the estate. The wines have roundness but also freshness, due to both the vineyards and the winemaking. This wine has notes of caramelized pineapple, brioche and ginger; its rich yet very clean and bright.

Pinon, Vouvray, “Non-Dosage” 2011 is a sparkling Chenin Blanc that is zippy and energetic. Francois Pinon is child psychologist turned vignernon, when he took over for his father in 1987. His main goal is to stay true to the appellation and the vintage. Year in and out I love his work. There is pear and quince, with a dusty mineral edge. Thirst quenchingly good.

Belluard, Ayse, “Les Perles du Mont Blanc” NV is a champagne method sparkling wine from the Savioe in France, 100% Gringet. The grape varietal is a bit esoteric, and it’s pretty much only grown in Savioe, but its delicous. A vibrant wine with notes of toasted almond and baked pear. Definitely tasty and compelling. 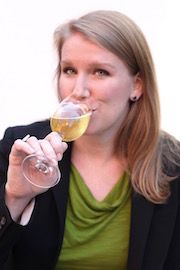 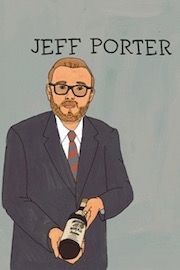 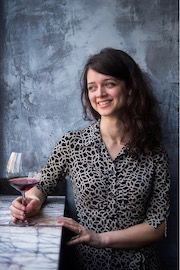