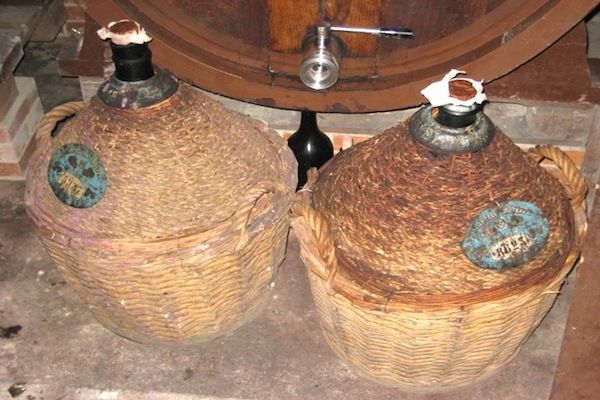 After breakfast in Barolo, The Keeper Team was excited to learn that they would go to the village of Monchiero to visit the winery and cellars of Giuseppe Mascarello.

Mauro Mascarello follows a long line of Mascarello winemakers. He took the helm of this estate in 1967, both running the cellar and making his first vintage.

Mauro gave us a tour of his winery, noting that the building was formerly an icehouse before being converted to the Mascarello winery. The icehouse construction provided the perfect conditions with great insulation for the wine cellars. This was one of many unique items we saw at the winery. There were old large bottles, and a cask that his grandfather had commissioned specifically for the winery. 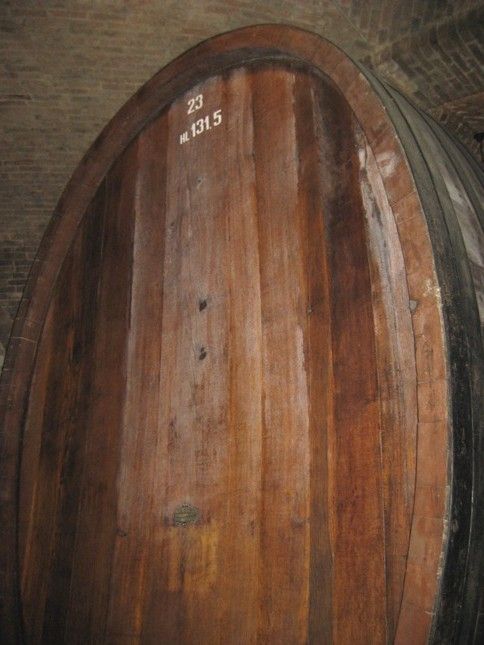 This cask was constructed in Slovenia, shipped in pieces to the winery and assembled onsite, as it would have been too big to get through the doors of the winery already assembled. Some say this may be the largest cask in Italy, although it is currently not used for aging.

During the wine tasting, we noticed that Mauro, like most of the winemakers in the Piedmont area we visited, spoke very good French. He treated us to a wonderful tasting of his various wines, including two different offerings of Dolcetto d’Alba, three different offerings of Barbera d’Alba, a Langhe Nebbiolo, and his unique 2001 Monprivato and 2001 Monprivato Ca d’Morissio Riserva. One thing that Mauro did differently in his tasting than the other winemakers we had visited so far was to show us how beautifully his Dolcettos and Barberas evolve for two or three days after being opened. He opened a Dolcetto and Barbera and served them alongside bottles of the same wines that had been opened a few days before. This is an important exercise that he repeats with every vintage so he can see how these wines are evolving. It became evident through this exercise that his pure winemaking style, combined with the location of his vineyards, makes his Dolcettos and Barberas beautiful wines to drink directly from the bottle in one evening or a glass at a time over several days. In this tasting, Mauro shared several single-vineyard Dolcettos which were all lovely in their own unique way. 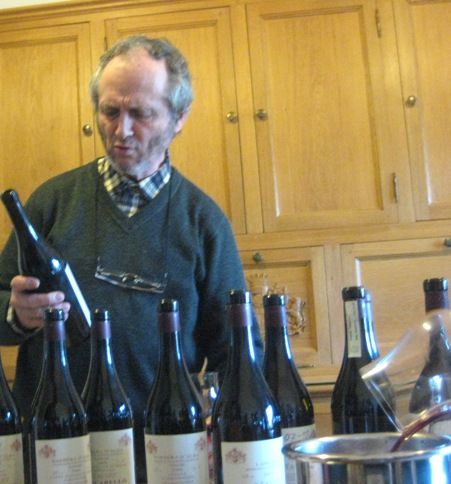 Wine Tasting at Mascarello with Mauro

After the tour and tasting, Mauro took us to lunch in a local restaurant. After we all were seated, Mauro, the ever perfectionist, decided to go back to his winery as the restaurant didn’t have the particular wines he wanted to serve us. All made sure that he was left a taste of the beginning charcouterie. Upon his return, Russell Hone told Mauro to start with lardo and salumi. (In case you think that we are simply misspelling salami, what you may not know is that, in Italy, salumi is a general term for many different types of pork sausage. Salami is a specific type which is encased before aging.) Now, back to our lunch. The lardo spread onto the bread almost like butter. 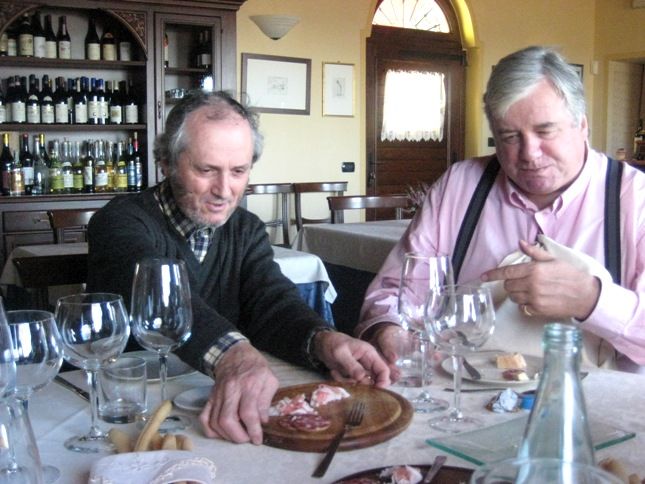 This local restaurant is run by a husband and wife team and offers unique daily dishes. The salad served for lunch had a fresh and distinctive flavor combination using local celery, pears, and cheese. 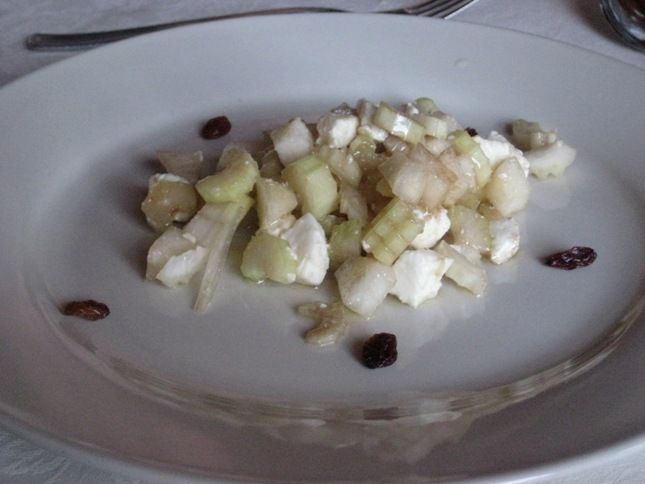 Fresh tastes continued in the Risotto with Leeks, a dish of simple and clean flavors. 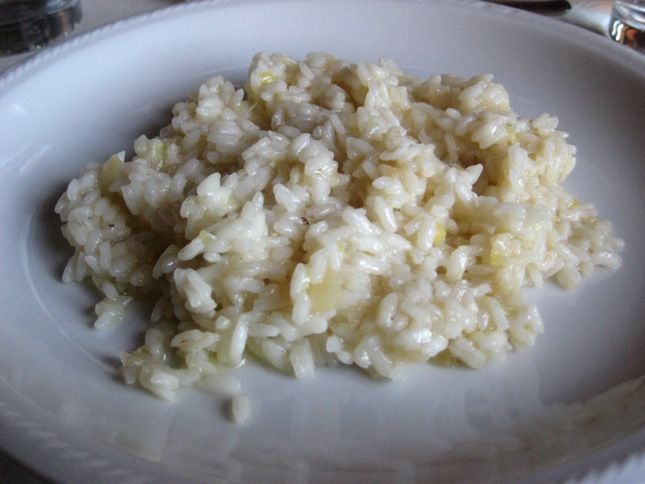 As mentioned in previous Keeper Piedmont Blogs, Vitello Tonato is a Piemontese classic dish. At this quaint, local restaurant, they also had Vitello Tonato, but it was prepared very differently than any other version that The Keeper Team has tasted. The chef prepared this classic dish with a lemon infused sauce, omitting the use of the traditional Tuna/Mayo base. Everyone agreed that this clean, citrus version was a winner! 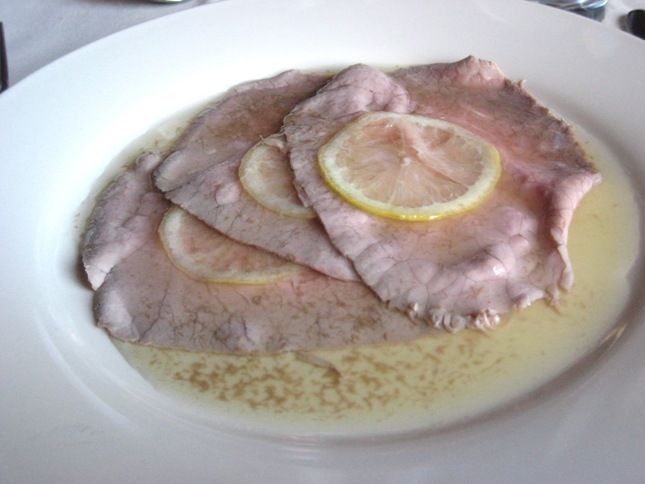 While some in the group had Pasta with Meat Sauce next, others savored the Roasted Lamb Ribs with Winter Greens. 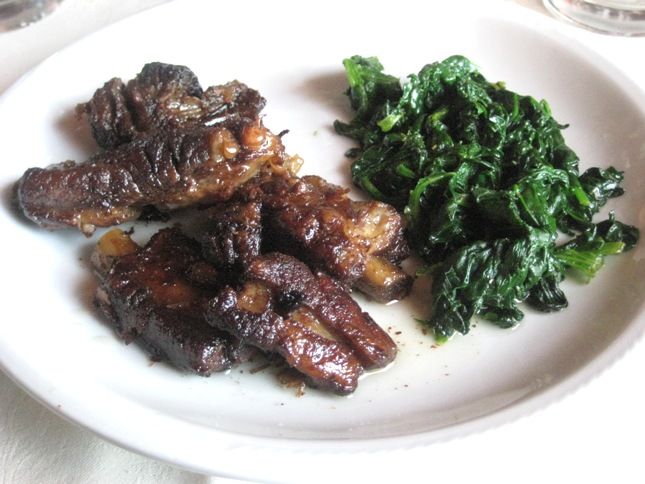 Mauro paired a Dolcetto, Barbera, and Barolo from his cellar for our lunch, with the wines pairing beautifully with the dishes. The wines from Giuseppe Mascarello were clean and fresh just like the chef’s dishes and were loved by the group.

Mauro was a gracious host and apologized for having to leave before dessert for a previous commitment, but then surprised us by sending his wife back to the restaurant bearing gifts of wine.

The desserts were interesting, with the first unlike any we had eaten in the area. It was a lightly Whipped Cream with Chocolate Sauce and Powdered Sugar. 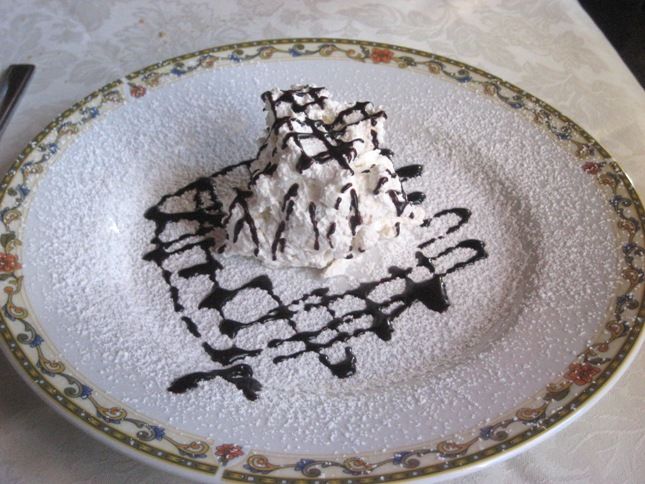 The second dessert was Poached Pears with a Light Caramel Sauce and Raisins. 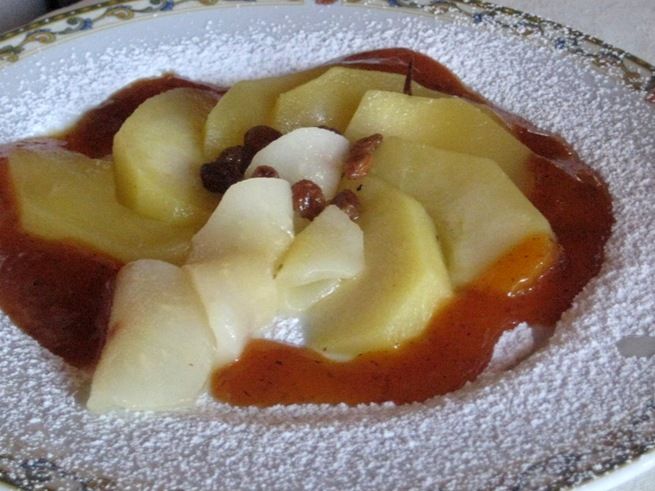 The Keeper Team looks forward to returning to our kitchen to pair Mascarello wines with some of our favorite dishes. It was yet another wonderful day of food and wine in Piedmont.