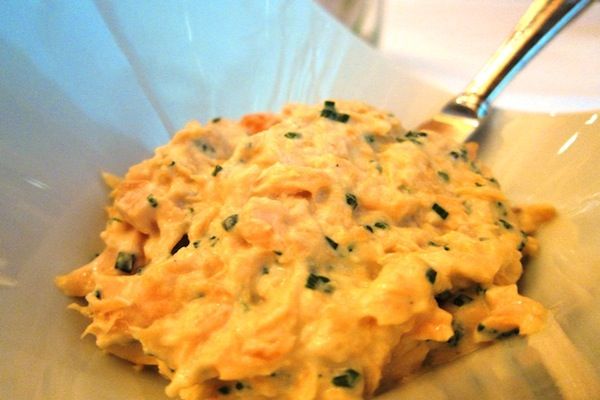 What we Ordered: See the Menu 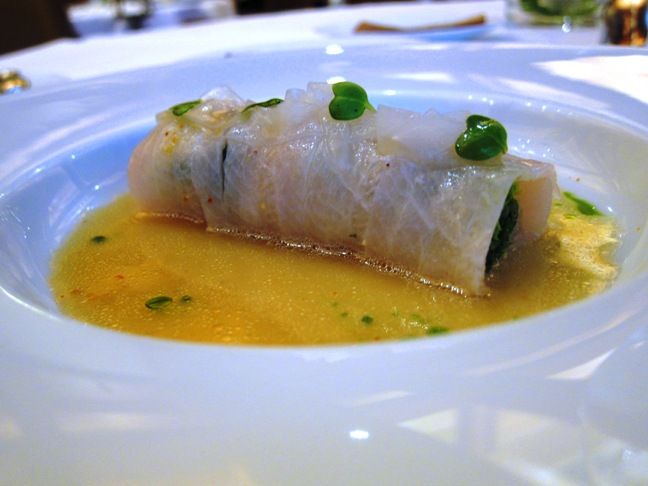 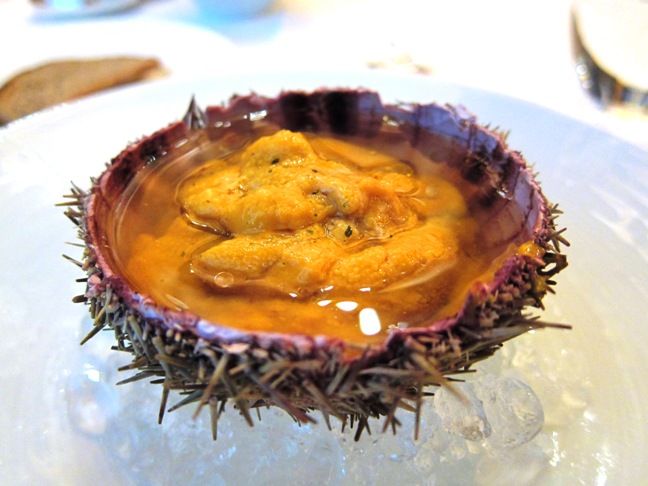 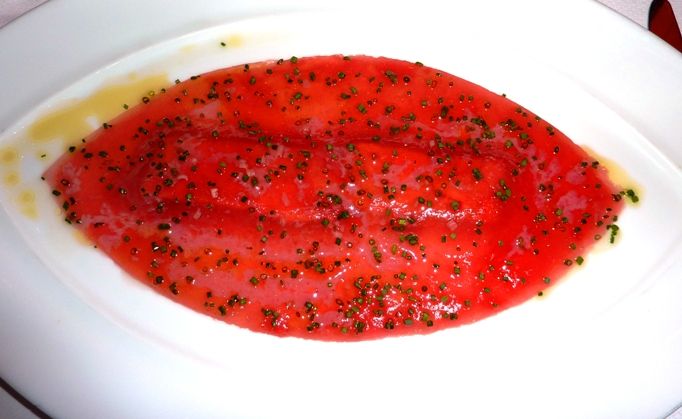 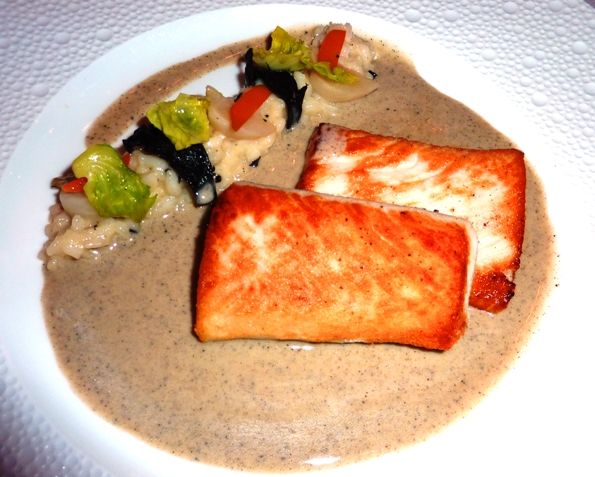 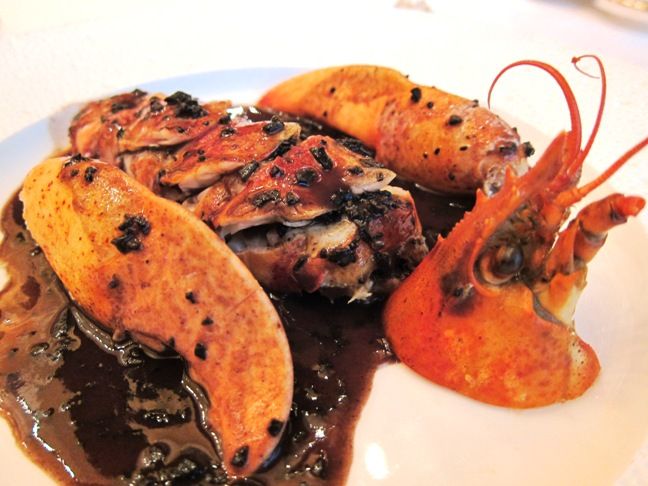 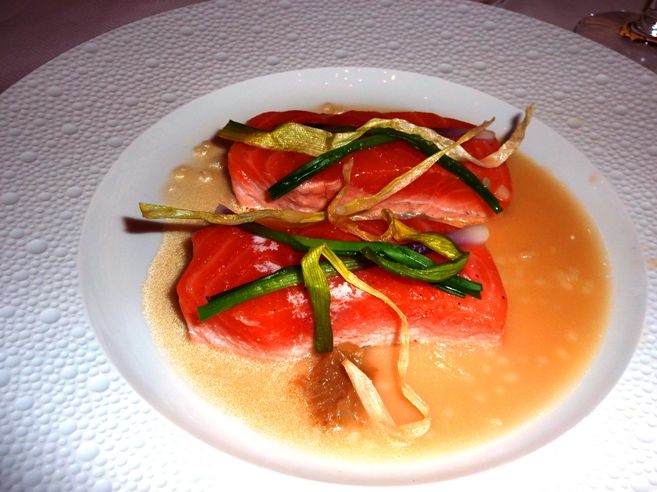 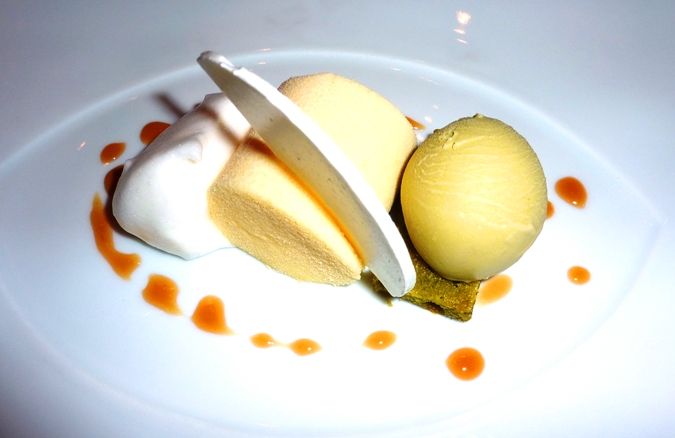 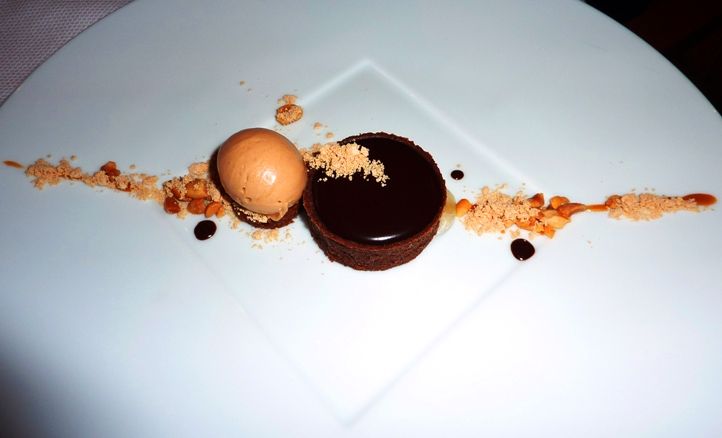 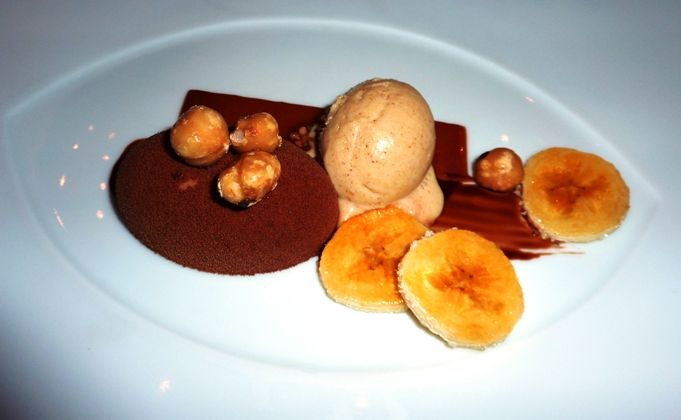 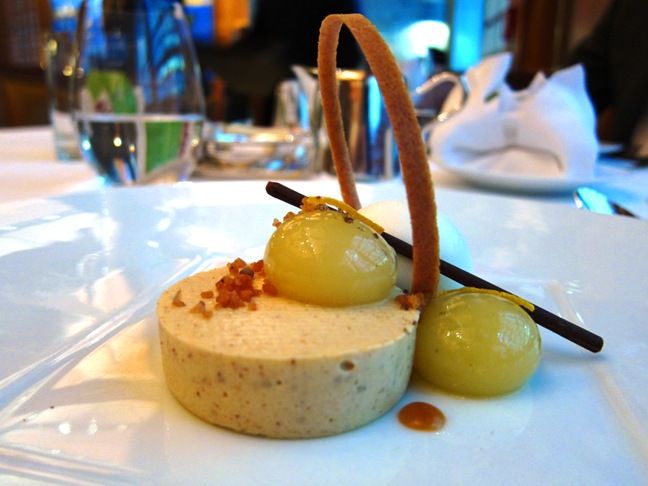 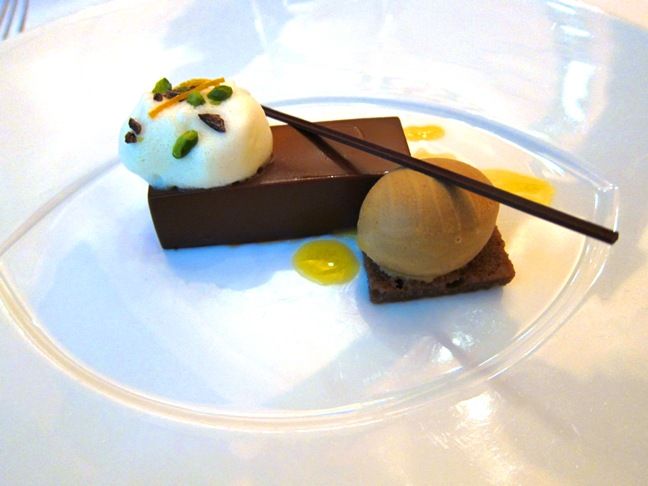 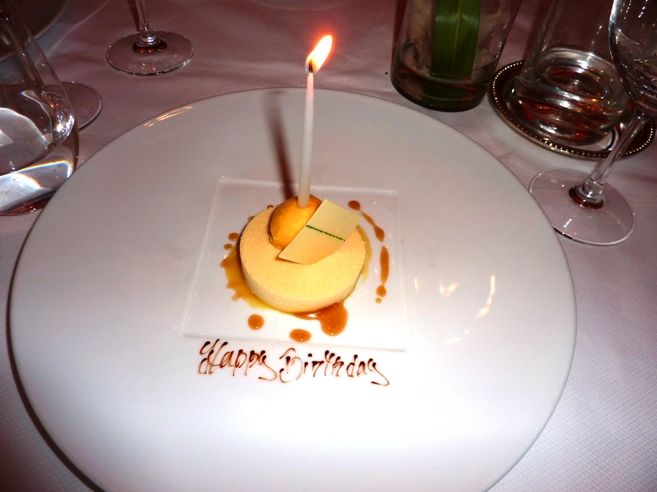 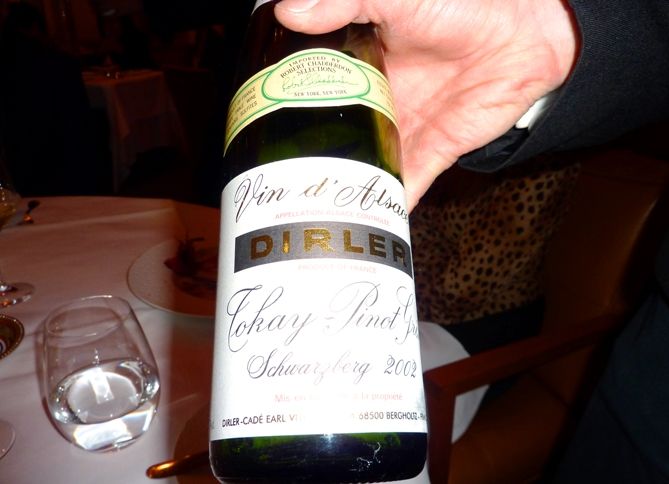 Since we clearly made a legitimate effort to order just about every item on the menu, it’s hard to pick a single favorite, so we’ll name a couple. We have to say that the Black Sea Bass was the most memorable for us. Relative to the rest of Eric Ripert’s plating style, the bass is a simple presentation, possibly even boring on the eyes, but that all makes sense once you realized the surprising complexity of the flavors. The Iberico Ham takes a strong presence in the sauce, adding a smoky-salty-heartiness to the dish. The bass was cooked superbly – with a sturdy crisp on the outside and delicate flakiness inside. The same goes for the vegetables – they maintained enough of a bite to be recognized texturally, but were sliced thin enough to not take away from the fish. Eric Ripert has stated that one of the Le Bernardin philosophies is that “The fish is the star of the plate,” which this dish accurately exemplifies.

Another favorite was the Fluke Sashimi; Crispy Kimchi in a chilled Citrus, Soy, Jalapeno Nage. The combination of the flavor, texture, temperature, and eye appeal was incredible. We found it interesting to see Kimchi highlighted for the second day in a row as we were still savoring the Oysters with Kimchi dish from our lunch at Ssam Bar the day before.

Our most disappointing dish was the Calamari as it was a little chewy and not of the caliber of fish selection that we are accustomed to at restaurants such as Le Bernardin.

We were lucky enough after the meal to tour the Le Bernardin kitchen (where the magic happens!). The kitchen is pristine – by far the cleanest and most organized kitchen we’ve ever seen. Not only that, the staff is the most focused and relaxed we’ve ever seen. Despite what reality shows like Top Chef and Chopped depict, this restaurant kitchen is a well-oiled machine (that may sound cliché, but it’s truly the best way to describe this scene). No one even glances up from their task at hand when our group of curious strangers walks in. There are technically 6 stations in the kitchen. 1) the Fish Pass, 2) the Garde-Manager, 3) Vegetables & Hot Appetizers, 4) Entrees, 5) Pastry, 6) Dishwashers. Everything has a reason, everything has a place. And get this, there are 3 walk-in coolers! One for the kitchen, one for the pastry, and one for the fish. There is no room for confusion or inefficiency in this kitchen. We avoided pictures of the kitchen so as to not distract anyone’s work, but when you visit the Le Bernardin website, you can get a sense of the kitchen environment because the website “music” is a recording of the daily kitchen. In a recent ABC News Interview with Chef Ripert, he stated that Le Bernardin will be seeing some improvements and modernization to the restaurant décor soon, but can’t imagine that this stellar kitchen will require much enhancement.

Ultimate Question – would you go back if you lived in NYC and often?: Of course! If money grew on trees, we would allow Chef Ripert to feed us weekly. But for now, we’ll have to settle for our own attempts at Le Bernardin dishes from his latest On the Line cookbook.