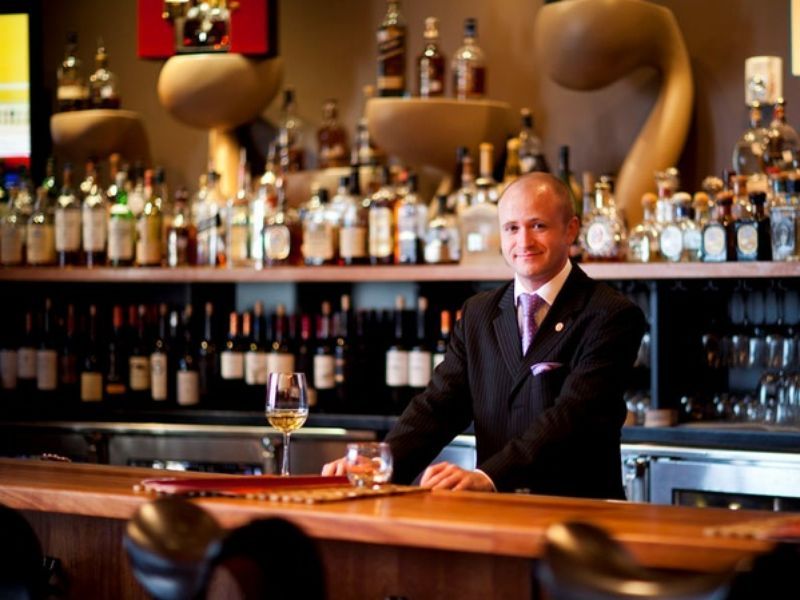 A hometown favorite claimed top prize in the Olympics of wine pairings.

An epic battle in wine and food pairings knowledge took place in Austin over the weekend and the victor, James Watkins, a sommelier from Houston. Watkins represented Cordúa Restaurants where he serves as beverage director during the fourth annual Somms Under Fire. The wine and food pairing competition sponsored by Keeper Collection, LLC was held Sunday at AT&T Executive Education & Conference on the campus of University of Texas, drawing contestants from across the country. Prior to event, contestants are selected based on top scores received on a theory-based entry exam, narrowing the playing field to three finalists.

The competition kicked off with the Tio Pepe Sherry Cocktail Challenge, where Watkins won with his drink named the Open Sesame (Tio Pepe Fino Sherry, honey-ginger syrup, lemon juice and sesame oil). Afterwards, participants were required to choose three "perfect" wine and food pairings in front of an audience of 250 guests before being sent to a judges’ panel for explanation and critique. The panel of judges included Rajat Parr, Jordan Mackay and Master Sommelier Jay James (Chappellet Winery), all experts in wine. Watkins, a 2014 finalist, competed against fellow sommeliers Luke Boland (Del Posto, New York City) and Eric Crane (Empire Distributors, Inc., Atlanta), where his savvy skills and fine-tuned palate awarded him the title of 2015 Somms Under Fire Champion.

The grand prize for being named 2015 Somms Under Fire winner? A wine internship in Burgundy, France, under the tutelage of Burgundy author and expert Allen Meadows, a $1,000 travel grant presented by the Wine & Food Foundation of Texas, as well as a Laguiole Champagne Saber, presented by Keeper Collection, LLC. Watkins also received the most audience votes claiming the title of Fan Favorite Sommelier and earning him a four-day all-expense paid wine trip to Willamette Valley, Oregon, sponsored by Chapter 24 Vineyards.