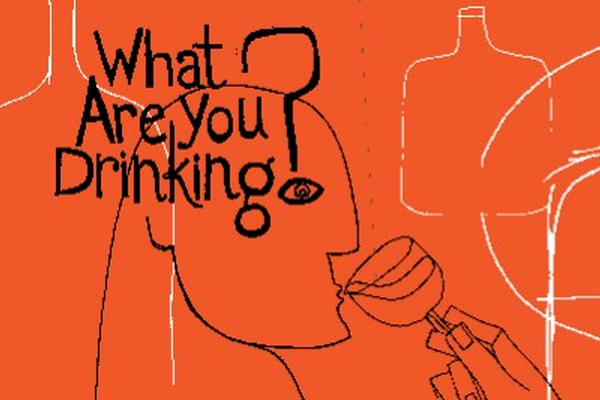 Figuring out the right wine to go with your dinner can be daunting for just about anyone. Just try doing it in front of a live audience and a panel of wine experts judging you. That is exactly what three wine professionals will do when they compete in the 2015 Somms Under Fire, a wine and food pairing event being held on Sunday, January 18, at the AT&T Executive Education & Conference Center.

In its fourth year, the sommelier competition organized by Keeper Collection, LLC has drawn national talent for competitors and judges. The wine and food pairing event will challenge participating sommeliers to match wine from all over the world with dishes prepared by Chef David Bull of Congress Restaurant and Chef Jason Stude of the soon to open restaurant, Boiler 9 + Bar. In an “Iron Chef”- like battle, the sommeliers will discover which wines they have available to pair with the food live in front of the audience and a panel of expert judges. The best news is that the audience gets to taste the pairings.

The talented chefs are keeping ingredients under wraps until the reveal at the event to keep the contestants on their toes. They let us in a little secret; they won’t make it easy.

Chef Bull, a James Beard award nominee, said, “We will create an original dish exclusively for Somms Under Fire that represents the style and inspiration of the daily menu at Congress. Wine is the clear focus of Somms Under Fire, so Congress will showcase a dish that is challenging to pair, but also has a broad enough base that there is room to beautifully interpret and pair a few different wines.”

Chef Stude will test the sommeliers’ skills with dishes inspired by the new restaurant. He said, “Boiler Nine Bar + Grill’s menu will be influenced by a massive fire deck grill. Meats and fish will be staples, but there will be a heavy focus on grilled or smoked vegetables, grains and greens. For Somms Under Fire, the dish will highlight local product, classic technique and elements that will be present in the menu at Boiler Nine Bar + Grill.”

The event starts off with the Tio Pepe Sherry Cocktail Challenge Competition, where the competitors are challenged to create a cocktail recipe based on sherry and no other high-alcohol spirit. Sherry’s distinct history and its resurgence as an apéritif, digestif and cocktail ingredient makes for an intriguing opportunity for the sommeliers to blend the past and present in a craft cocktail. Renowned bartender, Jason Stevens, returns to judge the cocktail competition for the third year and created the rules for the competitors.

This is the improv comedy of the wine world. These guys have to make split second decisions to wow the crowd and the judges.

Event organizer and president and co-founder of Keeper Collection, Diane Dixon said, “It is a fun live drama of how the competitors react under pressure in front of an audience of 250 people and stellar judges while pairing lovely wines with food prepared by chefs that we admire. It’s really exciting to put sommeliers in the hot seat in a playful way. We will have wines that are classically representative of different region to not only test the broad knowledge of the competitors but also so the audience can learn about wines from different areas.”

It would make most people pee their pants just thinking of competing, but more than 100 people from across the country applied for the opportunity to do this. Freaks. Each took a timed, 30 minute online exam testing their wine knowledge with fill in the blank questions and an essay at the end. For the first time in four years, none of the top three scores were from Austin sommeliers. What?

Who made the cut?

If for any reason one of these competitors can’t make it, there are three alternates waiting in the wings. The alternates are Jill Zimorski, the wine director at Casa Tua in Aspen, Colorado, Blake Leja, a district manager at Southern Wine & Spirits in Chicago and Brian Phillips, the assistant operating partner and wine director of Eddie V’s Prime Seafood in Austin.

Who sits in Judgment?

Just as the field of competitors has moved to a national stage, so has the judging panel. The panel is made up of a Master Sommelier and two James Beard Award Winners.

What do they win?

The grand prize for the wine and food pairing competition is a wine Internship in Burgundy, France with a renowned Burgundy expert, provided by Becky Wasserman Selections and a Travel Grant, provided by event partner, the Wine & Food Foundation of Texas.

There is also a Fan Favorite award sponsored by Chapter 24 Vineyards, which sends the winner and a randomly selected Somms Under Fire volunteer on a four day trip to the Willamette Valley, Oregon.

“Somms Under Fire has certainly captured a broader spectrum of audience, participants and judges,” Broglie said. “The event’s evolution has mirrored the advances in food and wine in town. There is no question that the quality of wine industry in Austin has increased exponentially in the last 10 years. There has been incredible growth in the professionalism in wine service and the peoples’ expectations of wine lists in finer dining restaurants.”

In addition to the competition, VIP ticketholders will enjoy a wine tasting and education, presented by judge Rajat Parr. He’ll break out some bad ass Chardonnay and Pinot Noir and drop knowledge about these delicious wines.

VIP Tickets are $125 and general admission are $60 through Keeper Collection.

Read the original post on What Are You Drinking? here.